Unraveling the pathologic role of skeletal muscle in ALS

A key challenge in developing effective therapies for amyotrophic lateral sclerosis has been a poor understanding of the disease pathology. To address this issue, a team of scientists from University of Central Florida and Hesperos have created a new ALS skeletal muscle Human-on-a-Chip® model which could help in understanding muscle biology in ALS and developing more effective drug discovery strategies.

ALS is a neurological disorder characterized by progressive motoneuron degeneration, muscle weakness and wasting. In the research literature, there are competing views on how the dysfunction in motoneurons, neuromuscular junction (NMJ) and skeletal muscle each contribute to disease onset and progression.

These new findings support a previous UCF/Hesperos study which describes a Human-on-a-Chip® functional NMJ system derived from iPSCs of ALS patients and wild type primary human muscle fibers housed in a compartmentalized chambered system. The NMJ system reproduced ALS deficits seen in the clinical setting and was instrumental in demonstrating the therapeutic efficacy of the Deanna protocol, a strategy that has been anecdotally reported as a successful treatment for ALS. The manuscript, titled “A Human-Based Functional NMJ System for Personalized ALS Modeling and Drug Testing,” was published in Advanced Therapeutics.

“With these two important studies validating Hesperos’s approach to studying ALS in vitro, we can now study different neuron-muscle combinations to better understand how the disease manifests and progresses,” said Dr. Hickman, Chief Scientist at Hesperos and Professor at UCF. “Since we can now derive both muscle and neurons from patient-derived stem cells, we are one step closer to developing personalized medicine for ALS, not only for patients with known familial mutations but with sporadic ALS as well.” 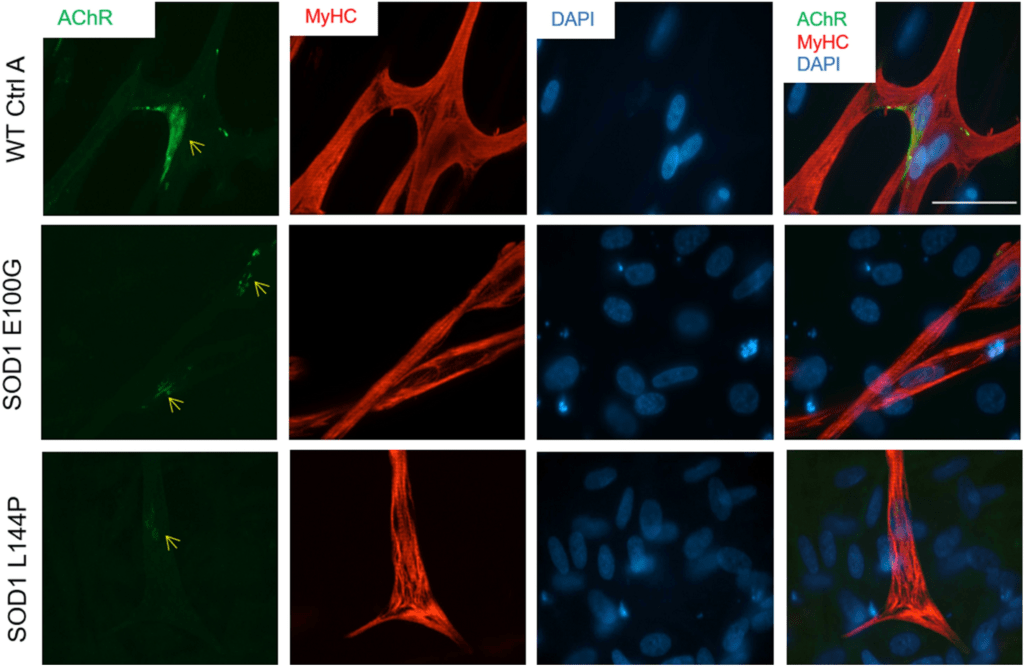 Click here to learn more about how Hesperos is using the technology to build phenotypic models of ALS.